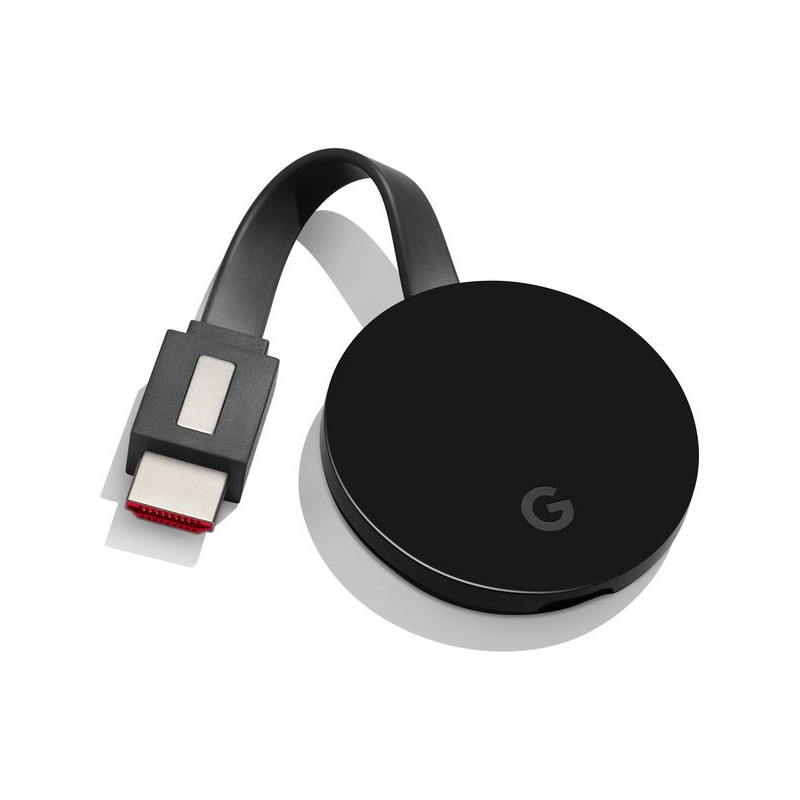 The device is controlled via an iOS/Android application and offers flawless streaming of materials from platforms such as YouTube, Spotify or Netflix.

Chromecast Ultra is the first Google media player that operates on 3840x2160 resolution. The equipment offers HDMI (CEC) connectivity, WiFi 802.11ac standard in the 2.4 or 5GHz frequency band and an Ethernet connection - it is available through an adapter, which (compared to its predecessors) is included in the kit. The adapter also serves as a power supply and is a good solution in case of poor quality wireless connection.

It is also worth mentioning that the manufacturer recommends supplying Chromecast Ultra via this adapter, arguing that there is no support for the 4K resolution image and the HDR standard when device is powered via the USB-MicroUSB port.

The device is a few millimeters larger than its predecessors and weighs less than 50g, which still makes it practically invisible behind the TV.