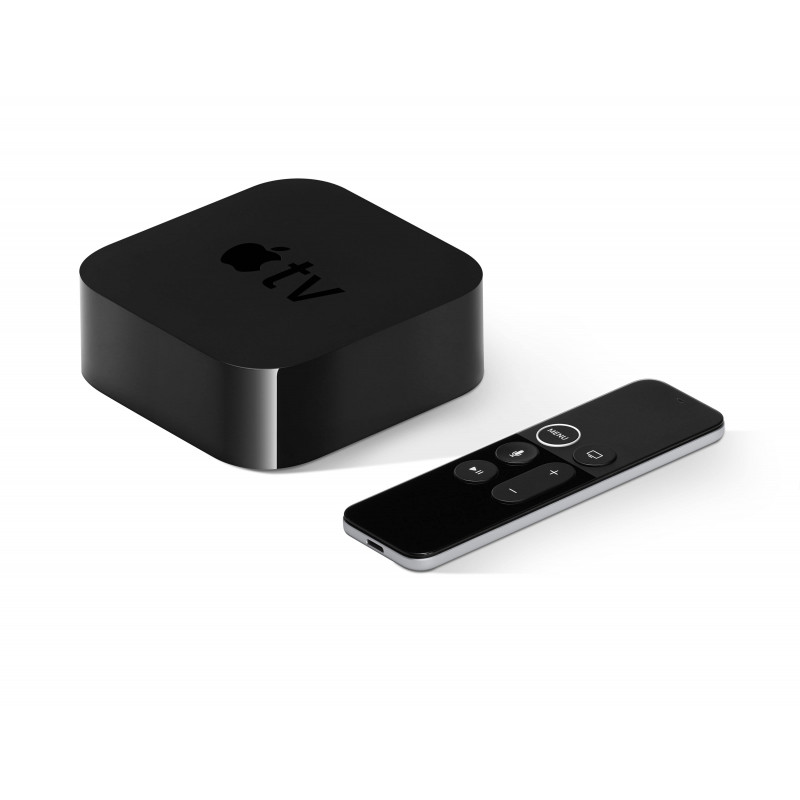 Apple TV HD is a fourth-generation multimedia player that offers multimedia playback via HDMI on any display that supports HD. The maximum resolution supported by Apple HD TV reaches 1080p at a speed of 60 frames per second.

The player is equipped with 32GB of mass storage, an Apple A8 processor clocked at 1.4GHz and 2GB of RAM memory. With a built-in power supply, HDMI 1.4 connector, 10/100BASE-T Ethernet port, and a USB-C socket, the Apple TV HD player offers playback of TV programs, movies and the use of the App Store application.

The convenience of operation is guaranteed by the Apple TV HD Remote, which works via infrared. The 124x38x6.3mm remote control (LxWxD) is equipped with six function buttons and a Touch surface at the top. The Apple TV HD Remote is charged via a USB port and the battery stands for several months of daily use (according to Apple specifications). Apple HD TV also responds to Siri commands.

We encourage you to check the availability of the compact multimedia player in SQM Rental House!