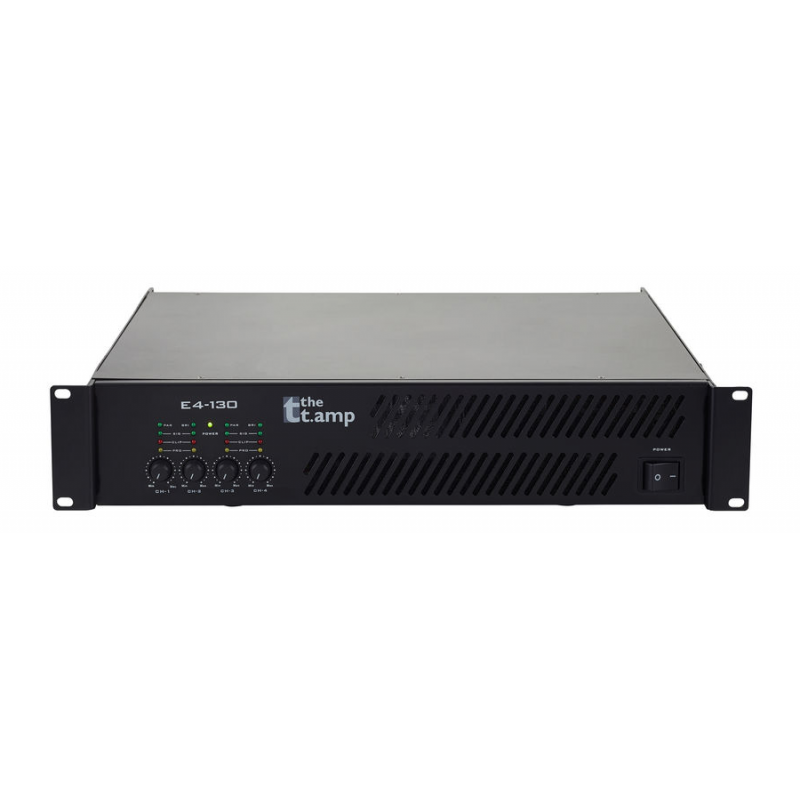 E4-130 is a four-channel power amplifier from the t.amp (Thomann), which has RMS output power at:

The functional and powerful power amplifier offers four XLR (3-pin) inputs and four speakON outputs on the rear panel. In addition, two switches are available for channels 1-2 and 3-4 - one for selecting the operating mode (parallel, stereo and bridged) and the other for enabling or disabling the distortion limit of output. There is also a Stand-by switch, which when turned on, puts the amplifier to standby mode after 30 minutes of no input signal detection, and Gnd/Lift, which is used to separate/connect the electrical ground of the device from the signal ground.

The compact front panel of the t.amp E4-130 offers four knobs (one for each channel) for volume control and an LED lights that indicate the current operating mode, input signal detection, or even overload or overheating.

The AB-class power amplifier, which is available in SQM Rental House, can be placed in a 19-inch rack (2U). The device weighs less than 13 kilograms.