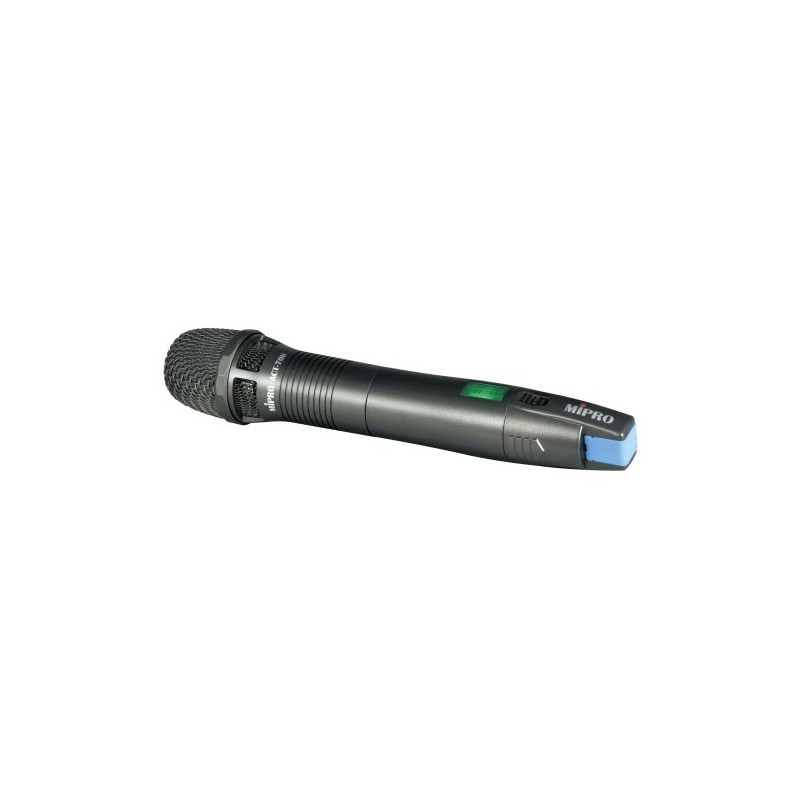 The ACT-80H is a wireless microphone from Mipro that works perfectly with the ACT-828 receiver of the same brand. The microphone proposed by SQM Rental House is equipped with a Mipro MU-90 supercardioid capacitive capsule.

The microphone that works in the UHF band is characterized by the use of digital modulation and ACT (Automatic Channel Targeting) technology, which allows immediate synchronization of the microphone frequency with the receiver. There is also an option of switching the RF output power level from 10 to 50mW.
The ACT-80H is equipped with an LCD screen, thanks to which the user is informed about the selected channel, signal level, as well as the charge status of two AA alkaline batteries that power the versatile microphone. Taiwanese manufacturer informs about the possibility of 12-hour operation of the device without charging the batteries.

In the Mipro ACT-80H microphone, the user can easily and quickly change the microphone capsule - SQM Rental House offers you the Mipro MU-90 capacitive capsule, whose frequency range is between 50 and 20,000 Hz, and the efficiency is equal to -52dB.

The capsule has a high dynamic range and a maximum SPL level of 150dB. MU-90 consists of a steel, two-layer protective grill, thanks to which the pop effect is eliminated.