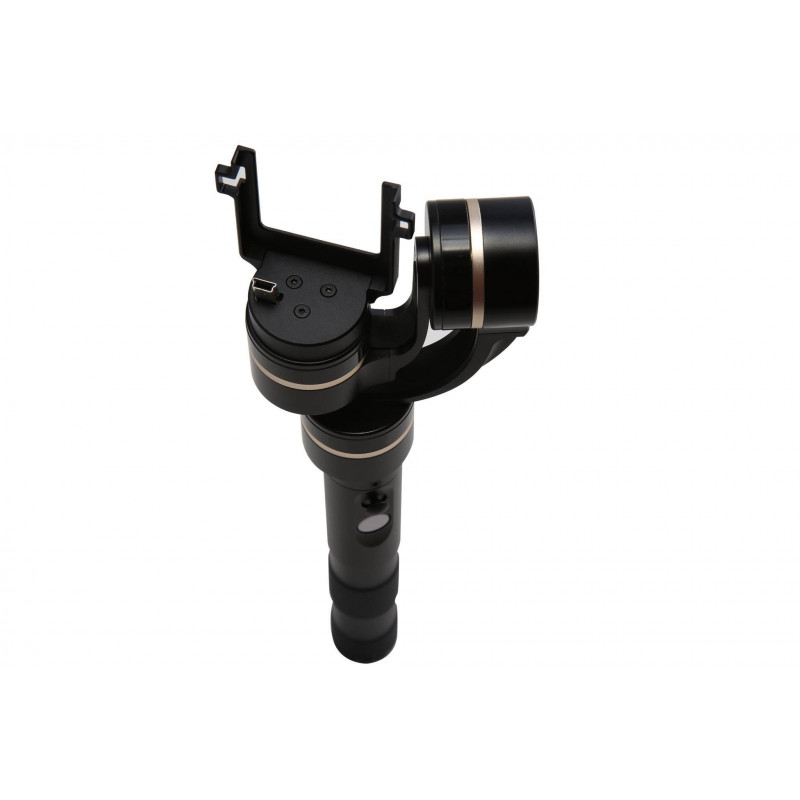 The versatile gimbal offers the user a 360-degree range of rotation in three X, Y, and Z axes (tilting, panning, and rolling), making it possible to position the camera in virtually any position and capture any scene.

The Feiyu Tech G4S 360°-holder is controlled by a four-way joystick and a function button underneath it, which allows you to turn on a particular mode or turn off the device. An additional advantage of the gimbal is the built-in MiniUSB port, thanks to which it is possible to simultaneously work and charge the camera.

The device is driven by a set consisting of two IMR 18350 batteries with a capacity of 900mAh. The user is informed about the charge level by an LED indicator. Thanks to the ¼-inch threaded connector, you can install G4S on a tripod or mount external devices (e.g. telescopic arm).