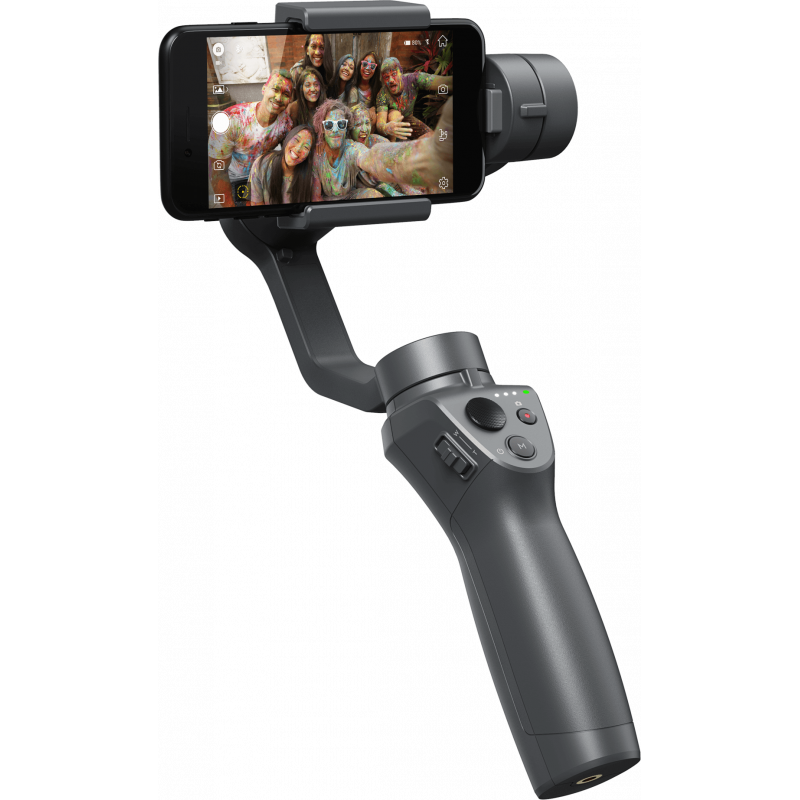 DJI Osmo Mobile 2 is a gimbal made to stabilize the image of smartphones with a width of 58.6 - 85 millimeters and a depth that not exceed 8.9 millimeters.

Weighing less than 0.5 kilograms, the Osmo Mobile 2 is a device that perfectly follows each movement - thanks to the built-in sensors, the ActiveTrack system will start intelligent tracking of the scenery after selecting the appropriate mode, thus guaranteeing full stabilization. The device supports Timelapse, Motionlapse, Hyperlapse modes, as well as Slow-mo and Zoom Control. In addition, the gimbal is compatible with the Bluetooth 4.0 module.

Such functions as zoom can also be controlled by using the joystick located on the main panel of the gimbal. Besides of the joystick, there are also Power/Mode and Record buttons. The charge status of the built-in 2600mAh lithium-ion battery is indicated by aesthetic LEDs, and the device itself is charged via the MicroUSB connector located on the side. According to the manufacturer's specifications, charging the gimbal takes about 2 hours, and the battery allows about 15 hours of operation.

Osmo Mobile 2 consumes an average of 1.2 watts of power and is able to fully control 120-degree movement in one second. The full range of pan movement (around the Y-axis) is from -160 to 160°, the tilt range (around the Y-axis; in the horizontal position of the smartphone) reaches ±155 degrees, and roll around the Z-axis is possible from -90 to 70°.