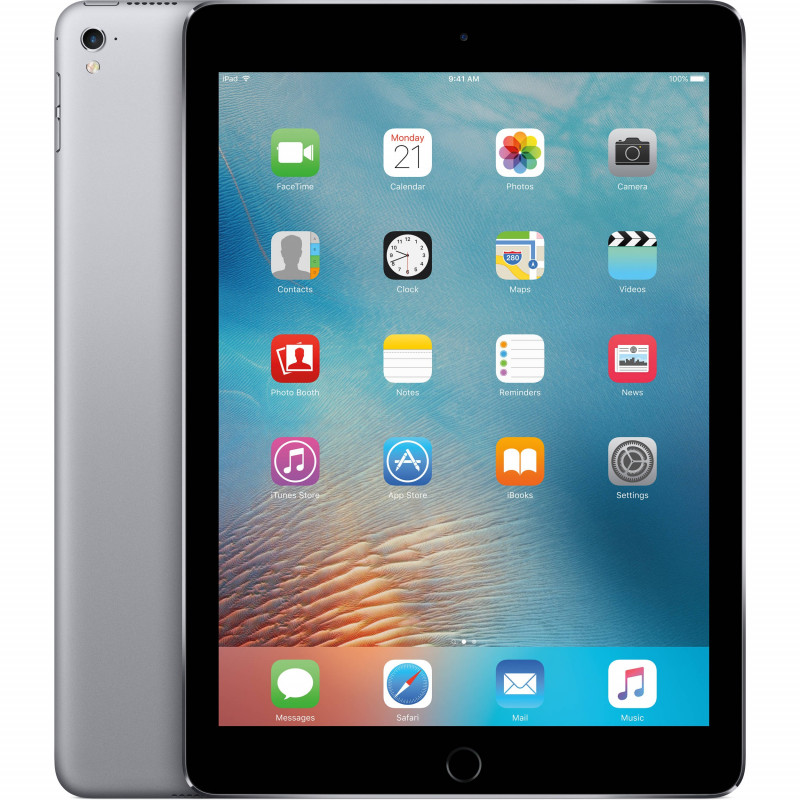 SQM Multimedia Support offers a 9.7-inch fifth-generation iPad in 2048x1536 resolution, with a capacity of 32GB and in the Space Gray color. The tablet has a fantastic, efficient lithium-polymer battery that allows for 12 hours of the standard use of the device.

The iPad runs on the A9 dual-core processor, which is also used in the iPhone 6. Its parameters, as well as 2GB of RAM, allow for smooth and long use of the tablet, and 32GB of disk space will allow you to store a lot of data. The security of files is ensured by the Touch ID fingerprint reader, which must be used to unlock the device.

The iPad has a 1.2Mpx front camera and a rear 8Mpx camera. Photos of great quality can be viewed on the Retina display, which emphasizes the sharpness of each detail. In addition, the tablet works perfectly with other Apple devices - the same task can be started on the iPad first and finished on the iPhone. Files can be instantly transferred via AirDrop.