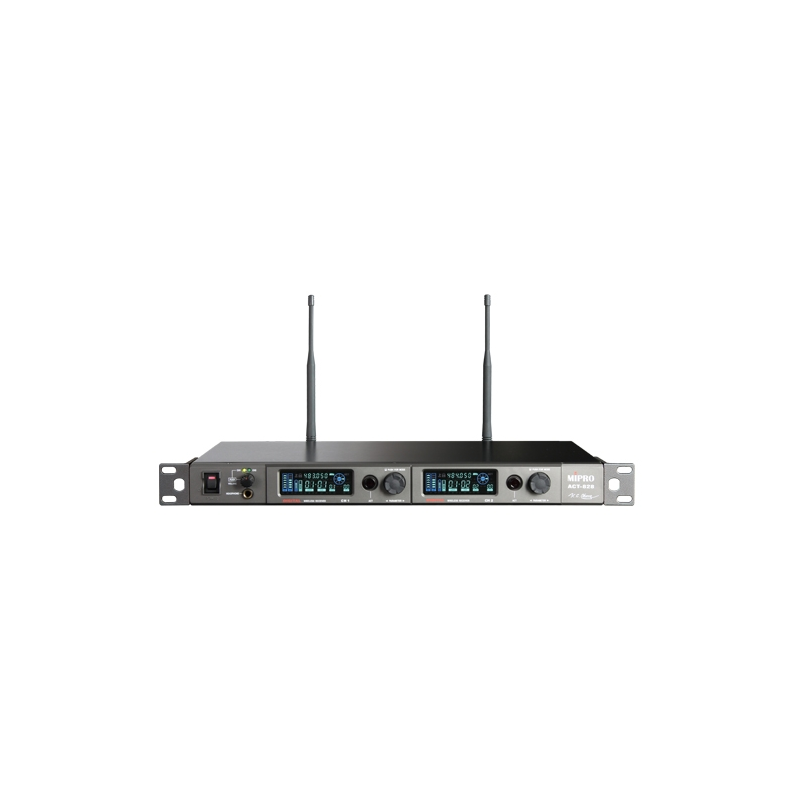 Mipro ACT-828 is a professional, two-channel digital receiver that works in the 64MHz bandwidth (5F UHF, 540 - 604MHz) and has a virtually imperceptible latency of 2.7ms.

The front panel of the Mipro ACT-828 digital receiver is divided into three parts - in the first one there is a 6.3mm jack for headphones, a volume knob, a power switch and a diode that indicates the selected channel. The next two parts are used to operate the channels and consist of two VFD displays, ACT buttons responsible for the synchronization of the transmitter with the receiver and knobs for changing parameters on the display.

On the rear panel, in addition to TNC female antenna connectors (50Ω), the user has access to two sections of channel outputs - each of them has one XLR balanced output, unbalanced 6.3mm jack and AES3id (S/PDIF) digital output - also unbalanced one. In addition, each section has a ground switch and a line/microphone switch. The back panel is also equipped with two RJ11 connectors that are used to connect to a computer.

In addition to the standard 100-240V AC power supply, parallel DC 12-15V power supply is possible. The versatile Mipro ACT-828 is designed to be installed in a rack (1U). SQM Multimedia Support encourages you to familiarize yourself with the Mipro ACT-80T transmitter and Mipro ACT-80H microphone, with which this receiver works perfectly. 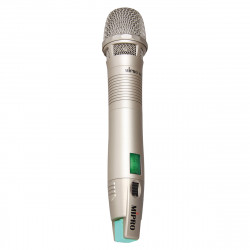 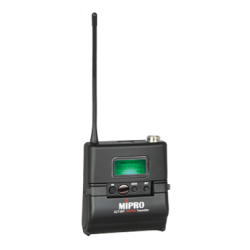 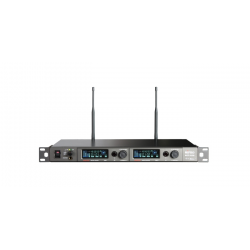